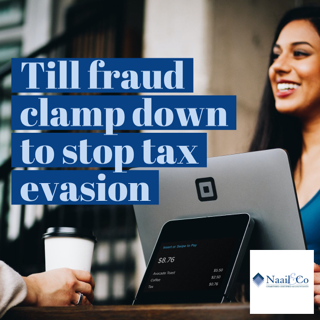 Overview of Till Fraud clampdown:

HMRC officers detained three people in a day of action following the introduction of additional powers in the battle against till fraud in the most recent campaign.

What are Electronic Sales Suppression (ESS) devices used for?

Electronic sales suppression (ESS) devices allow users hide or lower the value of till sales, and businesses that make, provide, or promote them now face fines of up to £50,000 and criminal investigations. Users may potentially face fines as HMRC intensifies its attempts to combat tax evasion.

Has anyone been charged with till fraud yet?

On May 18, 2022, 30 establishments across nine counties were visited to investigate ESS, including stores, takeaways, and restaurants, and two men and a woman were arrested in Nottinghamshire as part of a criminal investigation into the alleged provision of ESS software.

The men, ages 43 and 58, were arrested along with a lady, age 56, on charges of fraud and defrauding the government.

HMRC agents conducted a search warrant at three locations, seizing computers, digital devices, and documentation. All three suspects have been released while their cases are being investigated.

What is Treasury’s view on Till Fraud?

‘Tax crime does not stand still, and neither do we,’ said Lucy Frazer, Financial Secretary to the Treasury. ‘The increased tools available to HMRC allow them to clamp down on ESS and assist recover tax revenues to sustain our important public services.’

Anyone who uses, supplies, makes, or promotes ESS is encouraged to report using our disclosure tool. Making a disclosure is not only the appropriate thing to do, but it may also result in financial penalties being reduced.’

Users of ESS in Till fraud:

Users of the ESS will either have access to specialized software or will configure their electronic point of sale (EPOS) equipment in such a way that they may knowingly hide genuine sales and the accompanying tax.

Sales processed through the till appear to be recorded normally, however the end of day report is purposefully modified behind the scenes to minimize reported takings.

HMRC offers a voluntary disclosure option for reporting ESS use, delivery, or promotion. Those who use or benefit from ESS may have their financial penalties lowered if they make a disclosure today.