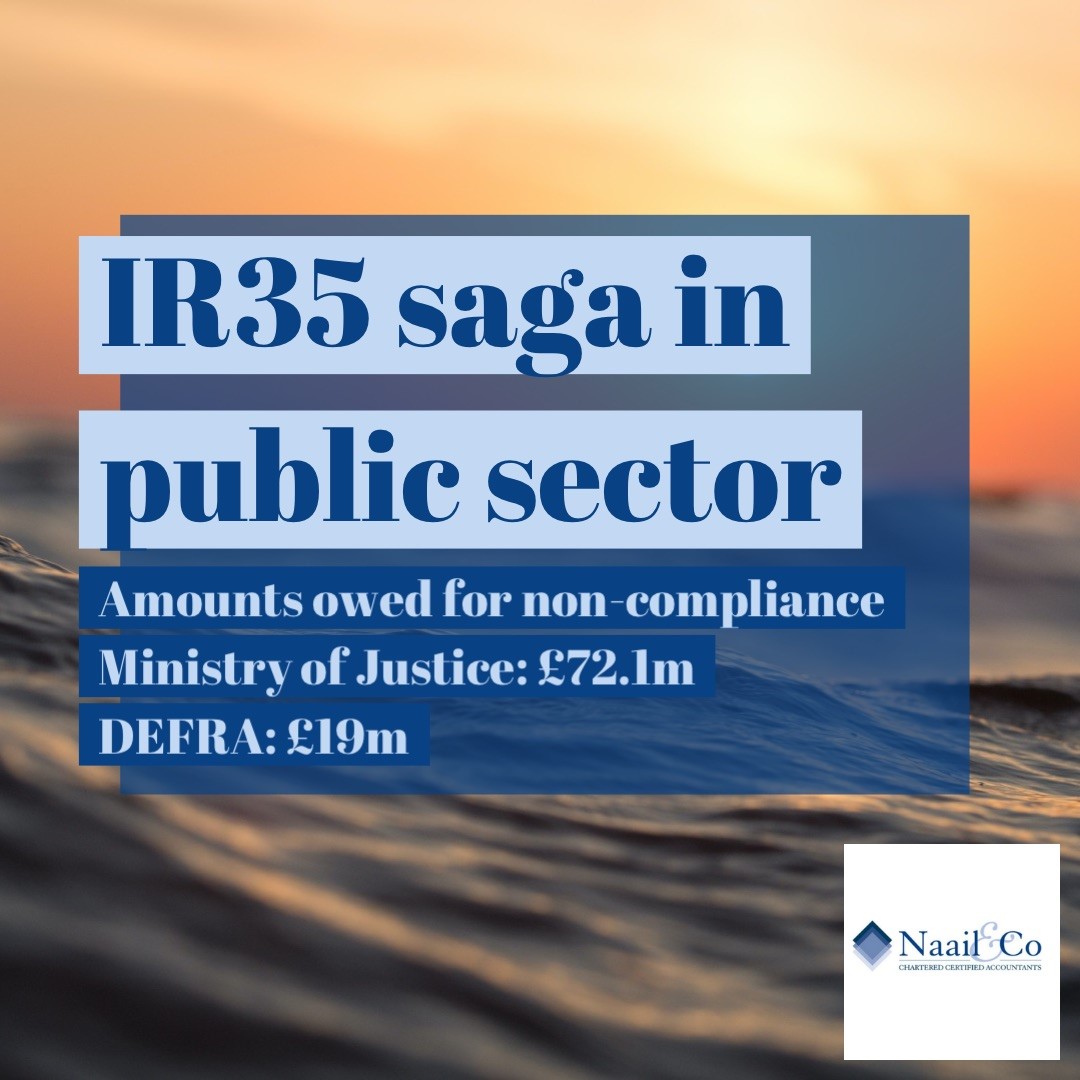 In the ongoing saga over IR35 in the public sector, two more government departments are facing multimillion pound tax bills for non-compliance

The latest annual reports for the Ministry of Justice (MoJ) and the Department for Environment, Food and Rural Affairs (Defra) show that both departments owe millions of pounds in penalties for failures to comply with the off-payroll regulations and making mistakes when determining the status of their contractors despite following HMRC’s guidance and using HMRC’s Check Employment Status for Tax (CEST) tool.

A change in legislation from April 2017 placed the responsibility for the assessment of employment status of off-payroll workers on public sector employers.

The Ministry of Justice owes £72.1m and the Department for Environment, Food & Rural Affairs owes £19m for non-compliance with IR35 rules.

The Ministry of Justice annual accounts stated: ‘HMRC has audited the department’s IR35 assessments (made between 6 April 2017 and 5 April 2021) and has challenged our interpretation of the rules, asking us to revisit employment status determinations made for all off-payroll workers where our hiring managers had concluded their workers could send a substitute to deliver work instead of themselves.

In addition, HMRC found that the department had been ‘careless’ in its application of the off-payroll working rules. As a result, it imposed a penalty of £15m. The penalty has been suspended for three months subject to certain conditions. The conditions relate to meeting the department’s notification and filing obligations, a 100% assurance check on all out of scope determinations, and improved training of hiring managers. The accounts indicate that 773 staff were hired as contractors over the 2020-21 financial year, primarily working on IT projects.

The Defra accounts for 2020-21 show that HMRC launched an enquiry into Defra’s compliance with the off-payroll working rules in relation to contingent labour in 2019. The enquiry is on-going, but it has determined there have been instances where contractors were incorrectly assessed as out of scope. Defra has reassessed the majority of current contractors and estimated that tax and national insurance lost between 6 April 2017, when the rules came into force, and 31 March 2021, for these contractors, to be £19m.

Defra accepted there was a liability and agreed with HMRC to make a payment of £19m to HMRC in March 2021. Over the last financial year 445 contractors were hired by Defra on a contract basis. However, this number has been cut substantially following a review of all contractors. Defra stated: ‘The work done on reassessments has decreased the proportion of contractors outside IR35 from 85% to 22% of all current contractors.’

The remaining liability now stands at £48m, based on 6% of contractors remaining outside IR35. ‘Work is continuing to agree the final liability with HMRC,’ Defra stated.

Earlier this year, the DWP, the Home Office and HM Courts and Tribunal Service were also hit with substantial tax bills.