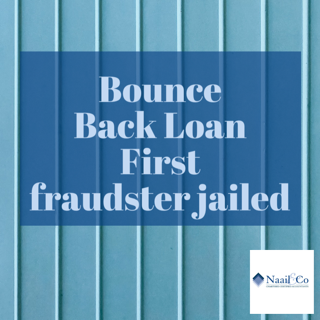 The director of a Manchester pizza takeaway who fraudulently claimed a £20,000 bounce back loan has been jailed for two years

The director of the takeaway appeared at Manchester Crown Court on Friday 24 June 2022 where he was sentenced to 24 months before Recorder Hudson.

The owner was also barred from serving as a director for seven years because this was the Insolvency Service’s first successful criminal prosecution of a bouncing bank loan fraudster. Director bans have previously been the only sanction for misuse of bounce back loans.

The court heard that he was sole director of pizza takeaway, incorporated in January 2020. The company operated a pizza takeaway business in the Stratford area of Manchester until it was dissolved in October the same year.

Less than two weeks after signing the company’s dissolution application on 17 June 2020, the director submitted an application for a £20,000 bounce-back loan.

He signed the loan declaration claiming the company would be able to make repayments, but he did not inform the bank that the company was already in the process of being dissolved. The company had already been dissolved by the time the loan was supposed to be returned in June 2021.

The terms of the bounce back loan were clear that funds could only be used for business purposes and not personal use.

However, when interviewed under caution by Insolvency Service investigators, director admitted to having no intention of using the bounce back loan for the business.

Director claimed that he arranged for friends to travel with around £14,000 in cash to give to his family abroad. He used the remaining £6,000 to buy a car and insurance.

He pleaded guilty to charges of fraudulently claiming Covid-19 financial support to which he was not entitled contrary to the Companies Act 2006 and the Fraud Act 2006 at Manchester City Magistrate’s Court on 9 May.

Julie Barnes, chief investigator at the Insolvency Service said: ‘Covid loans were designed to support viable businesses during the pandemic. Director of pizza takeaway however, cynically sought to exploit the covid loan scheme and by dissolving his company, he intended to frustrate any attempt by the lender from taking action to recover the outstanding loan.

‘This sentence should serve as a warning to others who engaged in this behaviour, and they should come clean and repay the money before it is too late.’