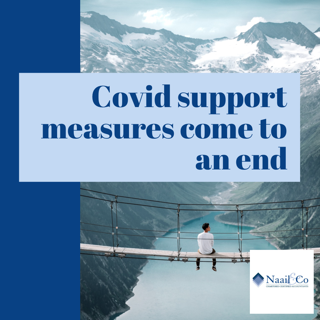 As the furlough scheme, temporary reduced VAT rates, and paused winding up scheme all come to an end, nearly seven in 10 employers expect to make redundancies within the next year.

The news comes as the Coronavirus Job Retention Scheme (CJRS) is set to end on Thursday which will force businesses to make decisions about their future. The survey from the career transition specialists showed that for employers expecting redundancies 84% have employees on furlough.

Official figures released in September showed that there were 484,000 employers with 1.6m staff on furlough on 31 July 2021 but figures by the Office of National Statistics stated that 6% of the workforce was furloughed as of 22 August 2021 which is around 1m people.

The survey found that half of employers state that the key cause of future redundancies within their businesses is the financial impact of the pandemic on business performance with one in eight, 12%, stating that certain roles are no longer necessary due to the move to hybrid or remote working.

Cameron Gunn, senior partner at ReSolve, said: ‘Business owners who have been using this government support scheme will have been considering for months what to do with their furloughed staff – keep or let go. A difficult decision to be sure as it can have great bearing on a business’s financial health and overall success. For best results, this decision needs to be based on how the directors envision the company performing in the near future, cash burn and, in light of the hiring crunch, the probability of being able to find staff at a later date.’

The end of the reduced rate of 5% for VAT for hospitality, holiday accommodation and attractions also come to an end on Thursday rising to 12.5% before returning to the full 20% in March 2022.

Many businesses within the sector have called on the government to keep the reduced rate, arguing that it was much too soon to increase the rate this much as hospitality is yet to recoup the numbers seen before the pandemic.

Businesses have stated that they are worried that the extra cost would be passed onto consumers in order to keep their businesses going, with pub chain Wetherspoons stating that their food prices would rise by 40p to cover the charge.

Anup Shah, partner at ReSolve, said: ‘Too much, too soon? It depends who you speak to, however with the government having spent more than £100bn to support the economy during Covid-19 and trading in the hospitality industry up substantially, consider that the British Beer & Pub Association stated sales in the week ending 5 September were at 95% of 2019, we appreciate that this is part of a wider government drive to both reduce and beginning recouping Covid costs.’

As well as the VAT increase and furlough ending, the pause to winding up petitions officially ends on Thursday too meaning that it will once again be possible to present a winding-up petition on the basis that a company has failed to satisfy statutory demand.

Resolve expects that there will be an uptick in petitions by creditors trying to force indebted businesses into liquidation if they have debts of £10,000 or more.

Mark Supperstone, managing partner at ReSolve said: ‘With all of the complications and challenges of Covid-19, a petition is the last thing a business owner wants because, once received by a court clerk, it impedes a business’s ability to invest in itself, stifling growth and trading, and leading to an increased risk to the directors.

‘Some creditors may take an aggressive stance, but the majority will be forgiving and understanding, and willing to be patient with back payments, as long as they’ve been apprised of the situation ahead of time.’