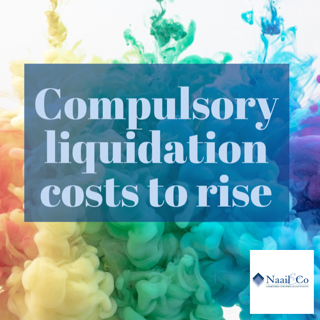 The up-front petition deposit fee paid by those initiating creditor bankruptcy and compulsory liquidation proceedings will increase substantially from 1 November 2022.

The petition deposit, which must be paid beforehand to get an order, will be increased in all cases where a petition is submitted at court on or after 1 November 2022, according to the Insolvency Service. The rate hasn’t changed since 2016; this is the first time that’s happened.

What are the new compulsory liquidation costs?

Each creditor bankruptcy or liquidation case administered by an Official Receiver is funded – in part – through a deposit paid by the petitioner to initiate the process.

The deposit contributes to the Official Receiver’s administration costs, with the remainder of their costs recovered through fees charged against assets realised during the bankruptcy or liquidation proceedings.

If there are sufficient assets to recover all the fees and costs, then the deposit is returned to the party who initiated the insolvency.

Fees have not changed since April 2016. Insolvency case numbers have fallen to a historically low level, and the majority of the remaining cases have insufficient asset values to recover the administration costs.

The deposit increase will enable the Insolvency Service to continue to administer and investigate insolvencies effectively, maximising outcomes for creditors while mitigating the risk of cost recovery being passed on to the taxpayer.

This change has been implemented through a change in legislation. The Insolvency Proceedings (Fees) (Amendment) Order 2022 was laid in parliament on 5 September 2022.

Am I liable for the new Plastic Packaging Tax PPT