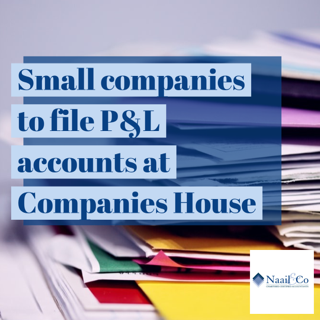 The government has set out plans to reform governance at Companies House to stop manipulation of the service, particularly in the use of anonymous or fraudulent shell companies and partnerships

Going forward Companies House will ‘change its statutory role from being a largely passive recipient of information to a much more active gatekeeper over company creation and custodian of more reliable data’, said Lord Callanan, the minister for business.

It will also change the accounts filing requirements for small and micro companies.

As yet, there is no timetable for introduction of the new rules which will be brought in through statutory instrument. However, this is a priority for government and will be part of the Economic Crime Bill.

As part of the consultation, the government reviewed the type of accounts being filed by small and micro companies and plans to simplify the framework by reducing the filing options to just two: micro-entities and small companies. It will remove the abridged and filleted accounts options to make the system easier to understand, reduce fraud and error, and increase transparency.

All small companies will then be required to file a profit and loss account, and a balance statement. This will ensure that key information such as turnover and profit or loss is available on the public register to help creditors and consumers make informed decisions. Small companies will also have to file a directors report.

The current filing periods of nine months after the end of the reporting year for a private company and six months for a public company will not be changed, with the government stating that it could review this in the future once the impact of the pandemic has waned.

There will also be a requirement to use full iXRBL tagging of accounts information on the register and Companies House will reject accounts that do not meet the required tagging standard.

It has also clarified the requirement for a company to prepare and deliver one set of accounts. This proposal closes the loophole where a company can file multiple accounts with different government departments.

In terms of simplification, the government is considering a File Once with Government approach so that accounts only need to be filed once with government. This would enable companies to file accounts in one central place and for government bodies to extract the information they need.

Companies House will be given more powers to questions suspicious director appointments or filings and, in some cases, request further evidence or reject the filing. It will also have more extensive legal gateways for data sharing with law enforcement, other government bodies and the private sector. This will mean more efficient sharing of suspicious activity with law enforcement and establishment of feedback loops with other government bodies and the private sector.

To make anonymous filings harder, those setting up, managing, and controlling companies and other registrable entities will have a verified identity with Companies House, or have registered and verified their identity via an anti-money laundering supervised third-party agent.

Currently the identity verification service is envisaged to be carried out by one or more third party identity service providers.

Individuals who fail to verify their identity or comply with new requirements under these reforms will be subject to new criminal and civil sanctions. The government is still considering the level of penalties, which could include director bans for breaking rules on company registration and misuse of registered addresses.

Companies House will have a more powerful analytical capability to spot suspicious behaviour and, based on this better data, then exercise its new querying power to obtain further information or report it to law enforcement for further investigation.

The government also intends that corporate directorships will be restricted to entities registered in the UK. It said that ‘experience has shown that illicit activity is facilitated by multi-layered company control across multiple jurisdictions where the use of registered UK companies can give organised crime a respectable front behind which to pursue their activities’.

Commenting on the reform of Companies House, secretary of state Kwasi Kwarteng said: ‘The agency will be transformed into a custodian of accurate and detailed information – ensuring that we can clamp down on those who seek to abuse UK corporate structures to launder money.

‘Anyone setting up, running, owning or controlling a company in the UK will need to verify their identity with Companies House, who will then be able to challenge dubious information and inform the security agencies.

‘Company agents from overseas will no longer be able to create companies in the UK on behalf of foreign criminals or secretive oligarchs.’

To improve privacy, it will also remove the requirement to provide a business occupation.

Funding has been increased with the government committing a further £63m at the 2021 Spending Review to allow for upgrading of IT systems and an overhaul of services from 2022-25.

The impact assessment shows that the cost to business will be £27.3m annually. ‘Were the measures in the impact assessment to increase the quality of Companies House information by 5%, then the estimated benefit would offset the estimated cost to business for the entire policy package. This excludes any wider benefits from helping to tackle economic crime,’ the government said.

There are currently 4.4 million active companies registered with Companies House (with the vast majority small or micro) and 650,000 incorporations each year.