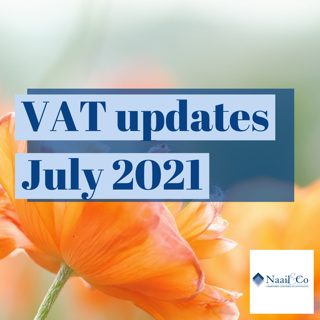 Are all the liquid meals zero rated?

HMRC has issued R&C Brief 6 (2021) concerning its policy in respect of the zero rate for foods, and how this interfaces with the standard rate exception for ‘beverages’. It is notable that defining ‘beverage’ has been a preoccupation with product manufacturers, only rivalled by debates around ‘cake’ and ‘confectionery’ for the most arcane distinction in VAT.

The Brief arises from the case of The Core (Swindon) in which the Upper Tribunal decided (but on a different basis to the First Tier Tribunal) that a ‘juice cleanse programme’ was zero rated, as it amounted to meal replacement, where the juicy liquid fruit fulfilled the dietary purpose of a normal meal, and thus transcended the typical definitions of ‘beverages’ set in the old case of Bioconcepts.

HMRC regards the Upper Tribunal decision as reapplying the Bioconcepts tests, based on a multi-factorial assessment. The First Tier Tribunal had majored on the holding-out of the product, and the customer perceptions or intentions relating to its use. The Upper Tribunal had said that the following points needed to be considered before drawing a conclusion:

As a result, there is no simple test that can be used to establish whether a liquidised form of food is a drink or a meal. By their very nature, multi-factorial assessments are ambiguous and non-prescriptive. As a result, there isn’t much practical advice in this short. It acts more as a warning that disputes will continue to arise between HMRC and the food industry, unless, of course, the legislation is changed to reflect clearer distinctions.

Is there any VAT on charging of electric powered motor cars?

First, HMRC denies that the reduced rate can apply on the basis of the ‘de minimis delivery’ rule (paragraph 5, group 1, schedule 7A, VATA) since the location of the chargers is ‘not to a person’s house or building’, as they assert the legislation requires.

But that is not what the legislation requires. The requirement is that the supply is ‘at any premises’. The usual meaning of ‘premises’ is land and any structures thereon. The use of ‘premises’ distinguishes the provision from the alternative criterion for reduced rating, namely that a supply is to a ‘building [which is a dwelling or similar]’.  HMRC appears to be squeezing the meaning of the de minimis provision in a way the legislative drafting will not bear.

It refers to solo merchants being able to claim VAT on charge-point invoices and home fuel bills based on a fair and reasonable business % apportionment.

Employees are judged to have no domestic fuel VAT recovery because the supply is provided entirely to the employee and not to the legal entity that makes up the business. However, VAT recovery is possible on the charging point invoices either on the basis of a mileage record apportionment (business miles to total miles) or in full, but with a corresponding output tax charge to reflect the supply of electricity to the employee for private uses. There is no mention of introducing a scale charge equivalent to those for fossil fuels.

This announcement appears to be motivated by the necessity to ‘hold the fort’ until legislative improvements can stabilise the situation. It remains to be seen whether parliament will want to stimulate the use of electrical fuel cells by permitting a lower charging rate.

Otherwise, it would be sensible for it to change the legislation to explicitly apply the standard rate to charging for cars, albeit that the use of domestic charging would then present an unjustifiable gap between the VAT treatment of home charging and on-the-road charging.

HMRC has been defeated by Poundland in a case (TC08138) concerning the cut-over from a retail scheme, based on the ratio of stock costs of either liability to overall sales, to one based on the EPOS till. Amazingly, this cut-over only occurred in 2017.

HMRC had assessed circa £2m on the basis that the old scheme had to incorporate a closing stock adjustment to the relevant values. However, the scheme ‘contract’ was silent on that point. HMRC argued that this was a fundamental arithmetical omission which could only be rectified by imputing requirements for a closing stock calculation.

However, even on the basis of simple maths, HMRC failed to make out its theory. In addition, since the agreed retail scheme did not incorporate a special cessation procedure, and retail schemes (other than those using EPOS) are inherently estimatory, the view that the tax had effectively been understated by £2m during the life of that scheme could not be sustained. The scheme had applied as intended, and the relevant sales at each rate had been correctly calculated accordingly.

The appellant was successful. HMRC, on the other hand, appears likely to appeal since the maths are convincing.

HMRC has issued Revenue & Customs Brief 9 (2021) to clarify its policy in the wake of a Court of Appeal decision regarding non-charitable home care services provided in England & Wales. These are regarded as taxable where provided by an unregulated commercial body. In Scotland, such services are regulated and thus are exempt from VAT.

The difference between Scotland and the rest of the United Kingdom had been noted as a flaw that should exempt all such services. Following the Supreme Court’s refusal to grant leave to appeal, HMRC announces the end of the case and, with it, the confirmation of the supplies’ taxable status.