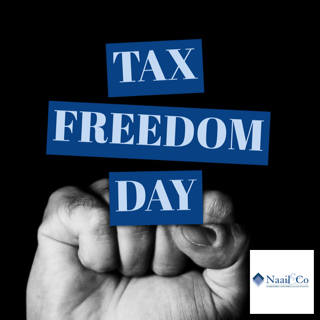 What is a “Tax freedom day”?

The theoretical date at which the average earner will have paid all of their taxes leaving the rest of their earnings available to spend on themselves.

When is the “Tax freedom day?

Tax Freedom Day falls a week later than last year on 8 June, reflecting the ever growing tax burden on individuals as 40% of income goes to taxman in the UK.

This implies that since the tax year began on April 6, taxpayers have worked for HMRC for 159 days. This means that on June 8, people begin working for themselves.

This year, UK taxpayers will hand over £869.4 billion to the Treasury, accounting for 43.29 percent of net national income.

According to the Adam Smith Institute, which analyses the data, this is the most recent Tax Freedom Day since reliable records began in 1995, and the most recent since the mid-1980s when compared to prior (less accurate) statistics.

How is the Tax Freedom Day changing?

The tax burden is increasing in an unfavorable manner. Last year, Tax Freedom Day was a week earlier than it was this year. Taxpayers are being loaded with even greater obligations to HMRC in the midst of a cost-of-living crisis.

While the government’s quick actions to assist households in the face of the crisis are commendable, the rising expense of living cannot be adequately addressed without a thriving economy supported by low taxes.

‘We should expect Tax Freedom Day to continue to fall further in the year,’ predicts the Adam Smith Institute, based on present trends. Tax Freedom Day is expected to arrive on June 24, 2026, based on OBR growth and tax revenue predictions from March 2022: the latest since at least the early 1960s, according to historical data.

‘If people were obliged to work two full days a week for the government, they would consider it as a type of serfdom,’ said Dr Eamonn Butler, founder and director of the Adam Smith Institute. But that is exactly what they do, because the government takes over 40% of their profits in taxes and then borrows because it can’t balance its books.

‘All of this taxation stifles our economic development.’ It raises the risk of starting a new firm or investing to grow an existing one, suffocating the recovery we so sorely need now.’

‘Tax Freedom Day arrives later every year, but a week’s surge indicates exactly how much this government has raised taxes in recent months,’ said the Rt Hon Lord Frost. We must urgently reverse this trend and return the British people to working for themselves rather than paying ever-increasing taxes to an increasingly unproductive government.’