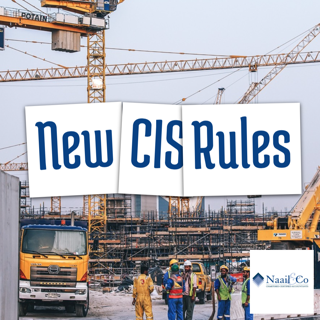 The government is introducing legislation making four changes to the Construction Industry Scheme (CIS) rules in a bid to tackle abuse and strengthen HMRC’s powers to act, which are set to impact contractors, of whom around 250,000 are registered for the CIS

The changes follow a consultation announced at Spring Budget 2020 and will have effect from 6 April 2021.

This power will be used to correct errors or omissions relating to the claims, to remove claims, and to prevent certain employers from making further similar claims, where employers do not provide evidence of eligibility and/or evidence of the sums deducted, and do not correct their EPS at HMRC’s request.

Some sub-contractor companies are entitled to set CIS deductions suffered in-year against their employer liabilities.

The HMRC amendment will match the CIS deductions sum supported by any evidence held by or provided to HMRC.

HMRC will remove the claim altogether where there is no evidence of any CIS deductions in respect of that company or where the employer is not entitled to set-off in this way. The employer liabilities will be recalculated following the amendment.

Where HMRC has to amend the CIS credit claimed on an EPS, the employer may also be prevented from making further CIS set-offs in the same tax year.

HMRC’s new powers to amend set-off claims and prevent further set-off claims will be decisions subject to review and appeal, unless the claimant is not a sub-contractor company suffering deductions under the CIS.

Secondly the new legislation makes it clear that it is only where a sub-contractor directly incurs the cost of materials purchased to fulfil a construction contract, that the cost in question is not subject to deduction under the CIS.

The legislation will clarify that, on making a contract payment to a sub-contractor, the contractor must deduct a sum from the payment which is equal to the relevant percentage of the net payment.

The third measure changes the rules for determining which entities operating outside the construction sector need to operate the CIS, so-called ‘deemed contractors’.

Finally, the legislation expands the scope of the penalty for supplying false information when applying for gross payment status (GPS) or payment under deduction within the CIS.