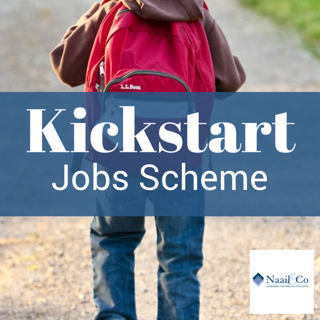 Kickstart Jobs Scheme creates 19,000 work placements
Did you know thousands of new opportunities have been created throughout the UK? Find out how you can apply for a Kickstart employer grant.

A government jobs scheme for young people has helped to create more than 19,000 work placements so far, the Treasury has said.
The scheme which gives 16-24-year olds a placement opportunity by creating government­subsidised jobs across the UK, began last week.

Chancellor Rishi Sunak said:
“Our country’s future will be built by the next generation, so it’s vital that we harness the talent of young people as we rebuild from the pandemic”

The Kickstart scheme was announced as part of the Summer Statement back in July. The government will fully fund each Kickstart placement – paying 100% of the age-relevant National Minimum Wage, National Insurance and pension contributions for 25 hours a week.

Referrals to the scheme will run until December 2021 with the Kickstart Scheme expected to create hundreds of thousands of jobs for young people on Universal Credit and at risk of long ­term unemployment, with those eligible referred through their Jobcentre Plus Work Coach.

Employers will be able to top up this wage, while the government will also pay employers £1,500 to set up support and training for people on a Kickstart placement, as well as helping pay for uniforms and other set up costs.
Businesses will also be given £2,000 for each new apprentice they hire under the age of 25.

Announced as part of the Summer Statement, the £2bn scheme is aimed at creating thousands of job placements for young people, with the Government paying the wages of new young employees for six months.
Payments to businesses will cover the national minimum wage for 25 hours per week, plus national insurance and pension contributions for Great Britain, while Sunak said there will be no cap on the number of places available. A pledge of £100m will fund places in high-demand sectors, such as engineering, construction, and social care.

The younger generation have been described as ‘kickstarters’ in an attempt by the government to reframe their economic prospects. Government grants will be distributed to employers who take on new trainees aged 16-24, as well as grants per apprentice hired. Around £101m will also fund studies for 18 to 19-year-olds in England unable to find work.

• Businesses will be given £2,000 for each new apprentice they hire under the age of 25. This is in addition to the existing £1,000 payment the Government already provides for new 16-18-year-old apprentices and those aged under 25 with an Education, Health and Care Plan
• A £111 million investment to triple the scale of traineeships in 2020-21 ensuring more young people have access to high quality training
• £17 million of funding to triple the number of sector-based work academy placements in 2020-21
• Nearly £900 million to double the number of work coaches to 27,000
• Over a quarter of million more young people to benefit from an extra £32 million investment in the national careers services.

What will the employer need to provide for Kickstart?

Employers will need to provide the following details during the Kickstart application:
• The Companies House reference number or Charity Commission number
• The organisation address and contact details
• Details of the job placements and their location
• Supporting information to show that the job placements are new jobs and meet the Kickstart Scheme criteria
• Information about the support the organisation can give to develop employability skills of young people

Conditions for the Kickstart role

The roles you are applying for must be:
• A minimum of 25 hours per week, for 6 months
• Paid at least the National Minimum Wage for their age group
• Should not require people to undertake extensive training before they begin the Job placement

What should kickstart application include?

Each application should include how you will help the participants to develop their skills and experience, including:
• Support to look for long-term work, including career advice and setting goals
• Support with CV and interview preparations
• Supporting the participant with basic skills, such as attendance, timekeeping and teamwork

A Kickstart Scheme application must be for a minimum of 30 job placements. If a single employer cannot provide this many job placements, they can find a Kickstart gateway, such as a local authority, charity or trade body for help applying.
Once a job placement is created, it can be taken up by a second person once the first successful applicant has completed their 6-month term,
For further guidance and to check if you apply for the grant, click here.

Economy Minister Ken Skates this week announced a major new employer incentive to help recruit apprentices.
Businesses in Wales will be able to claim up to £3,000 for each new apprentice they hire under the age of 25, available to businesses that are employing a young apprentice for at least 30 hours per week.
Welsh businesses could also receive £1,500 for each new under 25 year old apprentice they employ for less than 30 hours a week.
Workers aged 25 and over, businesses can access £2,000 for each new apprentice they hire on a 30 hour or more contract, and a £1,000 incentive for apprentices working less than 30 hours.
The announcement is part of the Welsh Government’s £40m proactive jobs and skills package to support businesses and workers post-Covid, helping to rebuild the economy and respond to the effects of the UK leaving the EU.