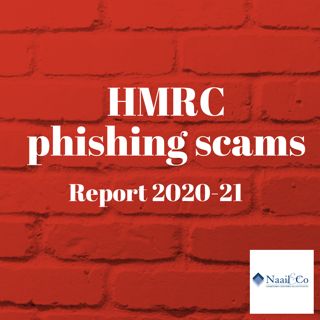 Despite precautions, phishing scams using HMRC are on the rise. The number of HMRC-branded phishing scams surged 87% in the past 12 months, according to the latest revealed figures

According to data received through a Freedom of Information (FOI) request, the majority of HMRC’s scams involved tax rebates or refunds, which increased by 90% in 2020-1 compared to 2019-20, from 363,118 to 690,522. Much of this increase will be attributed to crooks attempting to profit from millions of individuals who were thrown into financial hardship during the Covid-19.

Voice scam attacks increased by 66% in the last financial year, from 203,362 to 336,767, according to the data. Assaults against the Driver and Vehicle Licensing Agency (DVLA) increased by more than six times to 42,233 from 5,549. HMRC also gets complaints of such attacks and is empowered to act on the agency’s behalf to begin website takedowns.

Earlier this month, HMRC announced that during the 2020-21 financial year, it received more than 1 million reports of suspicious contact from the general population.

During that time, the government agency collaborated with ISPs to delete over 15,700 malicious online pages, as well as Ofcom and telecoms providers to remove over 3,000 rogue phone numbers.

What actions are taken by HMRC to stop the scams?

HMRC is the most widely imitated government entity, and as a result, the department has long led debates and programmes on cyber concerns at Westminster, with its own Cyber Security Operations section tasked with identifying and shutting down scammers.

To prevent its legitimate helpline numbers from being spoofed, HMRC has pioneered the use of Domain-based Message Authentication, Reporting & Conformance (DMARC) protections for email and other technical controls in government.

‘Criminals have been taking advantage of the measures offered by the Government to support people and businesses affected by coronavirus,’ said a representative for HMRC. Scammers provide fake financial aid or tax refunds through text, email, or phone, sometimes threatening arrest if customers don’t pay phoney taxes owed right away.

HMRC is urging customers to be careful if they are contacted out of the blue by someone asking for money or personal information. If in doubt, customers are advised not to reply directly to anything suspicious, but to contact HMRC straight away – search GOV.UK for ‘HMRC scams’.

How to stay safe from online scams?

Sadly, spotting the scams isn’t always easy, and hackers are making them even harder to detect. The general rule is to never click on links in unexpected texts or emails, even if you feel under pressure. Remember, you can always verify the request is real by calling the company directly or checking your online account.