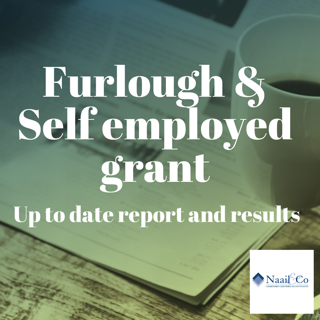 As the pandemic continues to affect the self employed the latest HMRC figures show that a total of £4.7bn has been paid out in grants for the fourth self employment income support scheme (SEISS)

Meanwhile, 3.4 million people are still on furlough with 35% of employers using the Coronavirus Job Retention Scheme, according to the figures up to the end of April 2021, down from 5.1 million in January of this year. The furlough scheme pays 80% of salary while employers are responsible for national insurance contributions (NICs) and pension contributions. The scheme is being phased out by the end of September and the government share of support will be reduced from 1 July.

To date £24.5bn has been paid in SEISS grants in total and across the four schemes 2.8m individuals have received a grant while a total of 8.8m total grants have been claimed.

By 9 May, 1.7 million (50%) of the potentially eligible population had claimed the fourth SEISS grant with the value of these claims totalling £4.7bn. It is estimated that 3.4 million self employed individuals are eligible for the grants.

The claims window for the fourth grant closed on 1 June 2021 and a fifth grant will cover the period from July to September, although details will not be released until later this month outlining the claim process. Early notifications from HMRC indicate that the scheme will mirror the current grant package.

For the fourth SEISS grant the average value per claim was £2,800. The largest proportion of claims was paid out to workers in the construction industry with over a third of grants attributed to this sector.