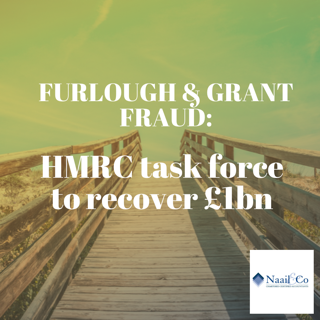 Which support measures will be covered by HMRC taskforce?

HMRC will be carrying out a random enquiry programme into claims made through the furlough scheme, the self-employed income support scheme, and the eat out to help out scheme over the next few months in order to gain a valid measure of the level of fraud across the schemes. The results of these enquiries are hoped to be published towards the end of the year.

What is the background of HMRC taskforce for Covid support Fraud?

How many open fraudulent enquiries HMRC has?

At a Public Accounts Committee in April about fraud and error, Harra also stated that HMRC had 60,000 one-to-many and 10,000 one-to-one fraudulent enquiries open related to the covid-19 schemes. Harra said that they expect to open 20,000 more one-to-one enquiries.

These enquiries include fraudulent claims and abuse of the pandemic support schemes and furlough money from claims which contained errors.

What is the cost of Covid Fraud taskforce?

As announced in the March Budget, HMRC has received £100m to finance the HMRC Covid fraud taskforce which was set up specifically to investigate fraudulent claims under multiple covid-19 support schemes. The £100m allocated will be spent entirely on covid-19 fraud enquiries.

What is the extent of wrong or fraudulent claims?

This comes after Harra said last September that the amount of fraudulent or mistaken furlough claims could amount to as high as £3.5bn, on the assumption that between 5% and 10% of claims were being wrongfully submitted.

What is HMRC’s point of view?

‘The Coronavirus Job Retention Scheme has provided a lifeline to millions of people across the UK and fraudulent claims are unacceptable. It is taxpayers’ money and fraud limits our ability to support people and deprives public services of essential funding.

‘At the Budget, the Chancellor committed £100m to HMRC to tackle the minority who deliberately claim help scheme money they’re not entitled to.

‘We’d ask anyone concerned that an employer might be abusing the scheme, or anyone with information about suspected fraud, to please contact us online. All information is assessed, and the most appropriate course of action taken.’

The UK government has spent £340bn on the support schemes introduced at the beginning of the pandemic, this is estimated at £6,700 per household, £54bn of this was spent on the furlough programme.