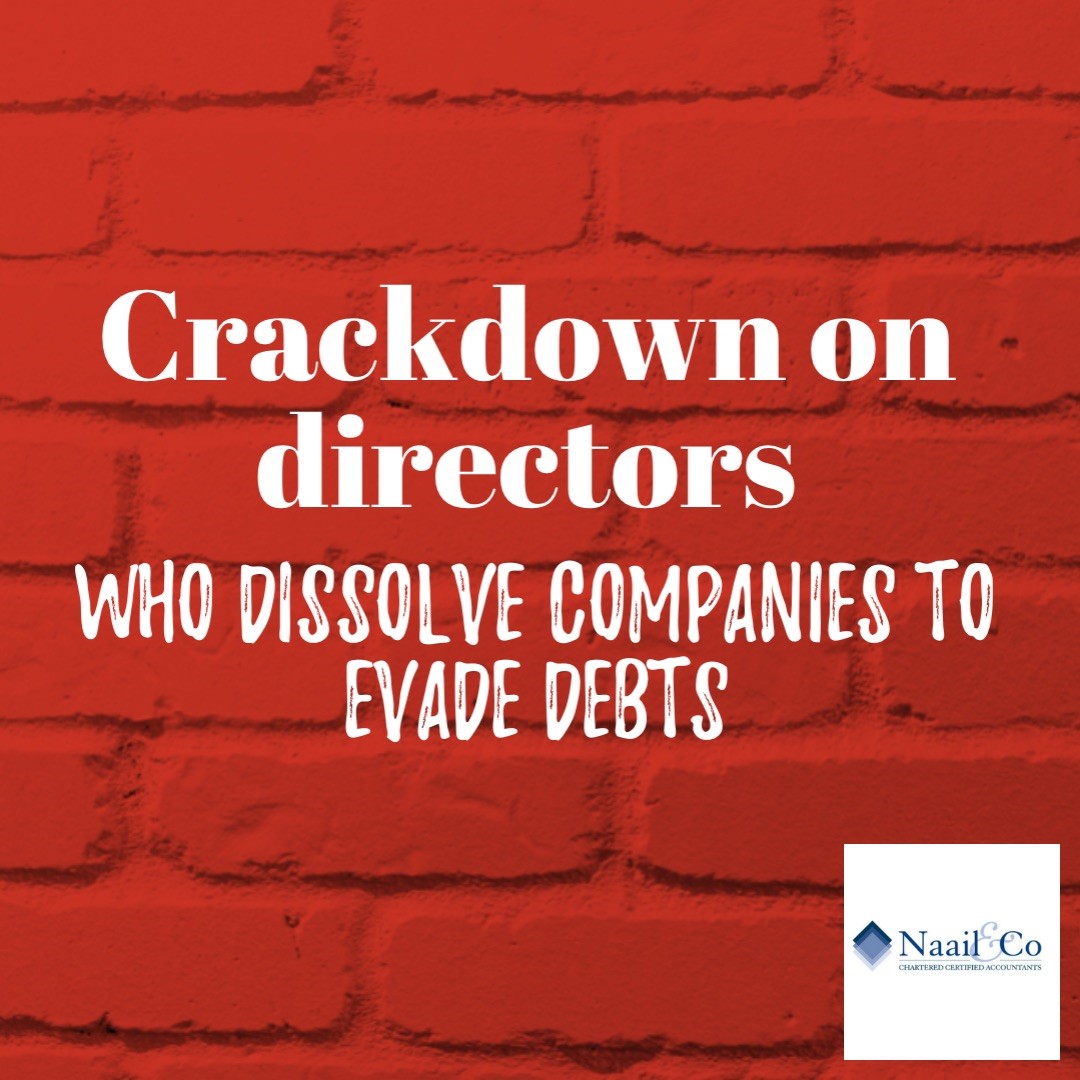 The Insolvency Service has been given more powers to tackle rogue directors who dissolve their companies and avoid paying liabilities to staff, creditors and the taxpayer.

Under new rules directors that try to dissolve their companies to avoid debts can now be disqualified from being a director.

The new legislation extends the Insolvency Service’s powers to investigate and disqualify company directors who abuse the company dissolution process.

This Act extends those investigatory powers to directors of dissolved companies and if misconduct is found, directors can face sanctions including being disqualified as a company director for up to 15 years or, in the most serious of cases, prosecution.

‘These new powers will curb those rogue directors who seek to avoid paying back their debts, including government loans provided to support businesses and save jobs. Government is committed to tackle those who seek to leave the British taxpayer out of pocket by abusing the covid financial support that has been so vital to businesses.’

The business secretary will also be able to apply to the court for an order to require a former director of a dissolved company, who has been disqualified, to pay compensation to creditors who have lost out due to their fraudulent behaviour.

The Act also delivers on the commitment to rule out Covid-19-related changes as grounds for material change of circumstances (MCC) business rate appeals. This is due to the fact that market-wide economic changes to property values, such as from Covid-19, can only be properly considered at general rates revaluations.

To support this, the government is providing £1.5bn in business rates relief to sectors which have suffered most economically over the pandemic and not been eligible for existing support linked to business rates. Guidance published on 15 December 2021 will support local authorities to set up their local schemes through which businesses will be able to access relief.

‘The banking and finance industry therefore supports this legislation which will provide much needed powers to the Insolvency Service to help hold rogue directors to account by providing additional deterrents and easier enforcement of the rules.’