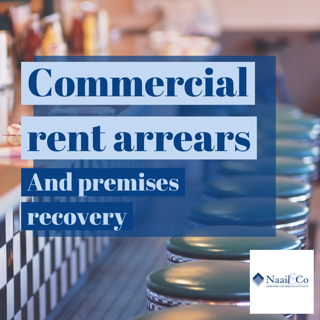 The extension of the rent arrears moratorium may have been welcomed by some businesses but for landlords the options are limited.

Commercial landlords have been put under serious strain by the government’s extension of the moratorium on commercial rent arrears and premises recovery to 25 March 2022. With the prospect of meaningful enforcement kicked further down the road, it is little wonder that the UK’s commercial landlords have received as little as a fifth of the rent due on time. Just 21% of the quarterly rent due was received on time last March. Total arrears across the sector are now estimated to be in the region of £6bn.

The proposed extension is certainly imprudent, because if the parties cannot reach an agreement now, they are unlikely to reach an agreement early next year, when much more arrears have accumulated. As a result, both landlords and tenants will suffer as a result of the expansion.

The Business and Property Court is full of experienced judges, who are more than capable of dealing with business and property disputes quickly, efficiently and pragmatically. Yet instead of creating a legal process designed to rapidly reach pragmatic solutions, commercial landlord and tenant rent disputes are simply being left to fester until next year, with the prospect of compulsory arbitration delaying it even further.

Instead of kicking the can down the road, it would be considerably better if, as the pandemic’s aftermath unfolds, an effective and tailored legal system was established to quickly resolve difficulties in commercial leases. The government could rapidly create a mechanism which involves minimal court fees and enables landlords to issue 14-day notice of intention to forfeit. Should the tenant object, the system could provide a streamlined response pack to help the tenant to respond quickly.

A judge could then review the papers and either give permission to forfeit, or issue timetables setting out what further details are required, such as details of all government assistance received and how it has been spent. The judge could also invite constructive proposals from each side as to how the matter could be resolved. A final two hour hearing with strict limits on submissions could then swiftly resolve the dispute within just a few months, giving welcome clarity to all parties.

Within the various areas of law already dealt with by the Business and Property Court there already exists processes which could easily be adapted to enable this swift process to get underway in weeks, rather than eight months, to get some certainty back into commercial property arrangements.

Unfortunately, instead of adopting such a pragmatic approach, the government is allowing the situation to fester and arrears to pile up, which is to nobody’s benefit. Indeed, the government’s inaction is only serving to exacerbate a likely wave of business insolvencies next year.

Landlords are not entirely powerless, even in the current situation, when their most potent avenues of redress have been closed off. For many landlords, renegotiating an agreed settlement with a tenant may be wise. This is particularly so since, once a tenancy is terminated, the current state of the commercial property market is such that it may be difficult to secure a new tenant. Where cordial and constructive efforts at renegotiation do not achieve results, it may be that an agreed settlement can nonetheless be achieved in the context of legal proceedings.

Do landlords have any legal options available after the extension of the rent arrears moratorium?

Despite the moratorium on repossessions, landlords do have legal options open to them. They may, for example, attempt to recover the amounts due under a lease agreement as a debt in the County Court or the High Court.

Where a lease is guaranteed by a third party, landlords may also be able to recover against the guarantor. However, such actions are subject to the time limits and provisions set out by the Landlord and Tenant (Covenants) Act, 1995 (LTCA). Landlords should be mindful that a guarantor who pays all of the sums due under the guarantee has the right under section 19 of the LTCA to call for an overriding lease, which would effectively establish them as a replacement tenant.

Where a tenant sublets all or part of the premises, the subtenant can be required to pay their rent directly to the superior landlord, up to the amount of the arrears due.

Another possible solution is to issue notice of intention to forfeit for a reason other than the non-payment of debt, should such a reason exist. While the Coronavirus Act 2020 suspended the forfeiture of business tenancies to which Part 2 of the Landlord and Tenant Act 1954 applies for the non-payment of rent, other reasons for forfeiture are not excluded.

One other avenue for recovery is the insolvency legislation. There are no restrictions as regards monies owed from individuals. There are some extra hurdles to overcome as regards companies – mostly surrounding whether the business has been adversely