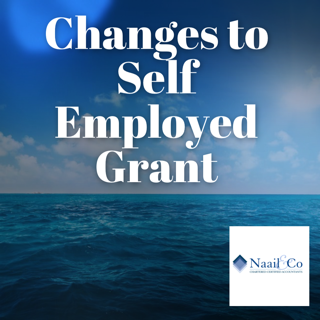 Changes to Self Employed Grant

Today’s announcement means self-employed workers could be receiving a grant up to double the amount previously announced by the government, with a further grant to follow covering February to April.

The deadline for making a claim under the second round of the Self-Employment Income Support Scheme was October 19, 2020.

The scheme was extended further as part of the Winter Jobs Package, with the extension period to start in November 2020 and last six months. It’ll be paid in the form of two taxable grants – the first will cover from the start of November to the end of January, and the second February until the end of April.

Under the initial extension to the Self­ employment Income Support Scheme (SEISS), chancellor Rishi Sunak said the lump sum will cover three-months’ worth of profits (November to January) up to a total of £1,875.

But todays announcement essentially doubles the amount of profits which will be covered under the scheme, from 20% to 40%.

Sunak said this is a potential further £3.1bn of support to the self-employed through November to January alone, with a further grant to follow covering February to April.

The subsequent grants will only be available to those who have previously made use of the scheme.

The grants will now be worth 40%, up to £3,750. Crucially the Government says applicants must now declare they’ve been impacted by reduced demand due to coronavirus, whereas with previous grants you’ve been able to claim if you’ve suffered any adverse impact.