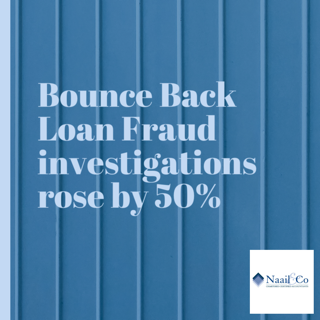 The international law firm found that bounce back loan fraud investigations increased from 17 in January 2021 to 26 in February and 28 in March.

BBLs were offered to small and medium sized businesses in the UK that were affected by the covid-19 pandemic allowing them to borrow between £2,000 and up to 25% of their turnover. The loans were 100% state-backed and worth up to £50,000 interest free in the first 12 months.

Due to low levels of controls and the design of the scheme which enabled lenders to fast-track payments to help struggling businesses, concerns have risen that abuse of the scheme was widespread.

It has been reported that fraudsters falsified documents to claim loans for non-existent companies, while company directors used money claimed through the scheme to pay for personal items such as luxury cars.

Sam Tate, partner and head of white-collar crime at RPC said: ‘The authorities will want to accelerate the pace of investigations. Otherwise there is a high risk these assets will leave the country.

‘BBLs have been particularly attractive to fraudsters. Despite lenders blocking tens of thousands of applications believed to be fraudulent, many will have slipped through holes in the net, with the cost to the taxpayer estimated to be in the billions of pounds.

‘Yet, trials even for serious BBL fraudsters caught today are unlikely to take place until 2023/2024, which is less of a deterrent for on-going fraud.’

RPC said that abuse of the BBLs scheme can carry a heavy prison sentence if defendants are found guilty by a jury. However, with a huge backlog of criminal cases, compounded further by the pandemic, trials for even serious offenders are unlikely to take place until 2023.

The first arrests linked to BBLs were reported in July 2020 with the numbers rising over the next few months. Most recently, the National Crime Agency arrested three men working for a London financial institution as part of an investigation into fraudulent BBL claims totalling £6m in January 2021.