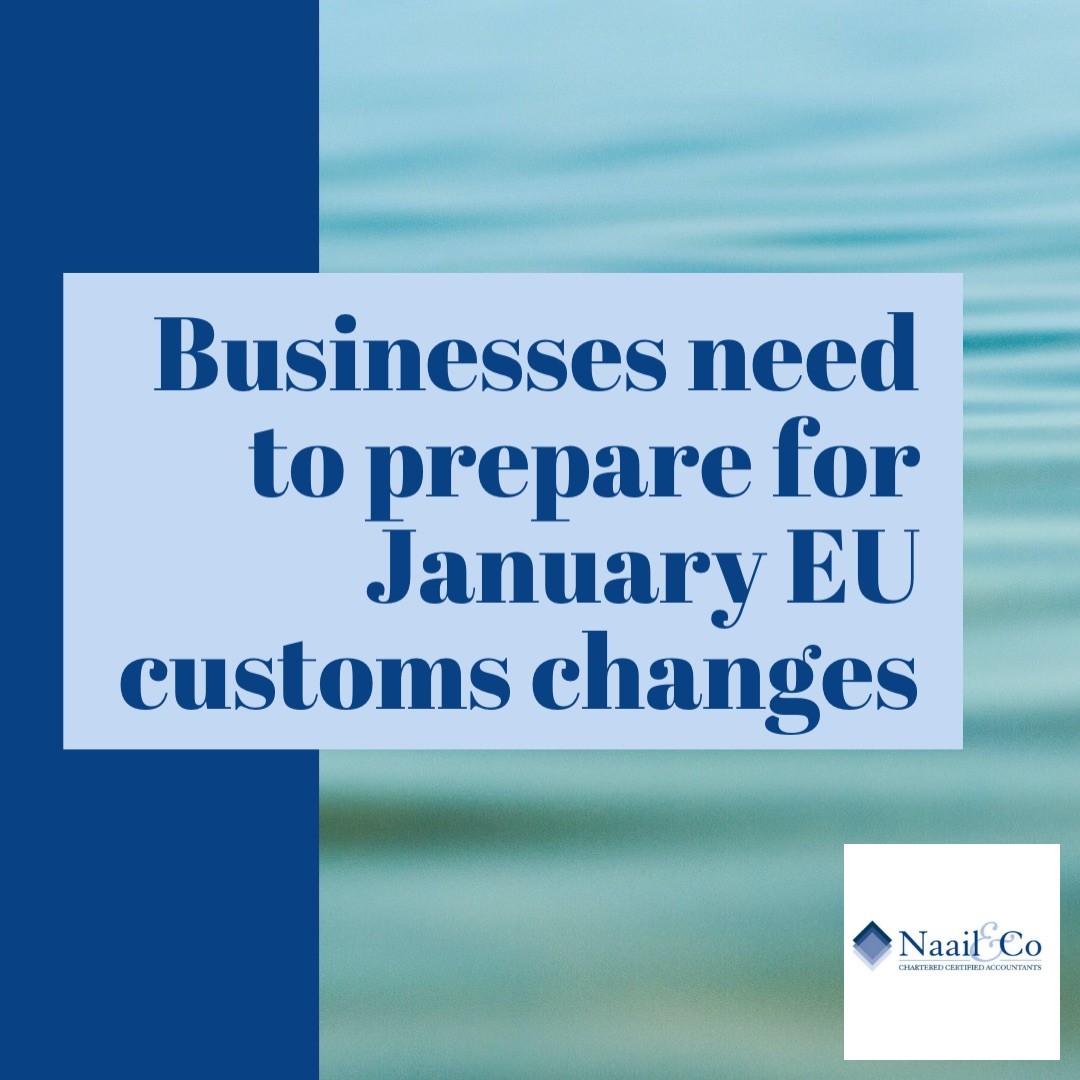 Businesses trading with the EU have less than three weeks to get ready for new import and exports customs controls which come into force in the new year.

To help traders and businesses adapt to these changes HMRC has been sending letters and emails explaining the new customs rules that start in the New Year, the action that they need to take, and the support on offer from HMRC.

Are there any changes in current customs arrangements for goods moving from Ireland and Northern Ireland from 1 January 2022?

Current customs arrangements for goods moving from Ireland and Northern Ireland to Great Britain will be extended for as long as discussions between the UK and EU on the operation of the Northern Ireland Protocol are ongoing.

This means that full customs controls will be introduced as planned on 1 January 2022 for goods moving between the rest of the EU and Great Britain, and for goods exported from Great Britain to Ireland.

‘The delay in needing to make EU-to-GB declarations, while helpful to keep trade flowing during 2021, is now a cause of concern among some GB importers – be they retailers, manufacturers, distributors or hauliers,’

‘The penalties for non-compliance are often severe and can damage the reputation of a company – with both its clients and HMRC itself.’

The changes to customs and tax rules will affect everyone who trades with Europe, no matter the type or value of the goods they buy or sell, how frequently they trade or how their goods are transported.

Katherine Green and Sophie Dean, HMRC’s directors general for borders and trade, said: ‘We appreciate that businesses have already done so much to adapt to the new trading processes. Our priority will always be to ensure that businesses in Great Britain can continue to trade with the EU.

‘We have been working closely with industry to explain the changes that are coming and how to prepare for them, and we know many businesses are ready. We urge people to act now – for those who need more support and guidance, HMRC is here to help.’

What are the changes coming into force on 1 January 2022?

There are different rules in place for the movement of goods into, out of or through Northern Ireland. Some of these changes will also affect goods movements between Great Britain and the EU.

The Institute of Export has also published a checklist of key issues to consider:

✔GB importers of goods from the EU can no longer delay making customs declarations and need to pay the relevant tariffs at the point of import;

✔Your business needs to pay any outstanding duties if you’ve moved goods from the EU to GB in 2021;

✔Ensure you have an EORI (Economic Operators Registration and Identification) number to move goods across the EU-GB border – in particular, you need this number for your supplementary declaration;

✔If using intermediaries such as customs agents and hauliers, talk to them to be confident they understand the Border Operating Model and its obligations;

✔Be vigilant when issuing instructions to intermediaries to make sure your company information is used correctly and that any movements are declared in the correct manner – over and above standard classification, VAT and origin;

✔Your intermediaries are likely to have access to your EORI number. Ensure they are using your EORI correctly and legitimately;

✔Agree Incoterms with your intermediaries and retrospectively check your Incoterms documentation. Do not assume shipments are being sent under delivered duty paid (DDP) terms and remember the ultimate responsibility for import declarations rests with the trader;

✔Apply to HMRC for Management Support System data (MSS) on imports and exports, which enables visibility of declarations being made against your EORI number.