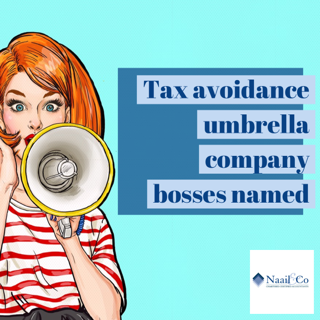 How many companies named by HMRC involved in tax avoidance scheme?

This is not a complete list of all the current schemes being marketed, nor of all the promoters, enablers, and suppliers involved.

‘Our recent action should serve as a stark warning to promoters who think they can get away with peddling avoidance schemes. We will continue to use all the powers at our disposal to crack-down on promoters.

‘Customers who think they’re involved in a tax avoidance scheme, should withdraw from the scheme, and contact us for help as soon as possible.’

Users of the scheme who entered into a contract for employment with the promoters received the National Minimum Wage. The remaining of their money was then given to them in a disguise so they wouldn’t have to pay income tax and national insurance.

HMRC hopes that by identifying the directors responsible for these schemes, the public will be warned to avoid any avoidance strategies pushed by other businesses run by the same directors.

This latest step in HMRC’s crack-down on tax avoidance comes as a stop notice was issued earlier this month. This prevents the promoter from selling their scheme or face penalties of up to £1m.

HMRC has also provided a range of tools to help people steer clear of avoidance schemes, as part of the Tax Avoidance – Don’t Get Caught Out campaign. These tools include an interactive risk checker, payslip guidance, and case studies demonstrating the risks of becoming involved in a tax avoidance scheme and the warning signs the public should look out for.

People who believe they are involved in a tax avoidance scheme should contact HMRC as quickly as possible by calling 03000 534 226.