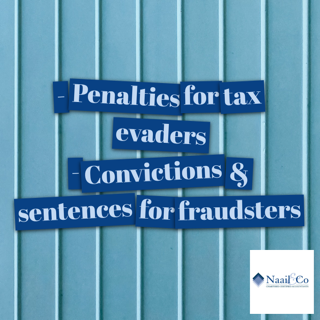 A fish seller, buy-to-let landlords and a crypto investor, not to mention an accountant and bookkeeper, all failed to pay their taxes and face millions of pounds in penalties

HMRC has issued penalties for unpaid tax totalling £12.5m in an effort to force the tax evaders to settle their bills. This compared to penalties of £18.4m for the last quarter. Here is a rundown of some of the more substantial examples of tax evasion and the lengths HMRC is going to in a bid to recover the millions in evaded tax.

Buy-to-let landlord and crypto investor who racked up a staggering £4.04m in unpaid tax and now has been hammered with a £2.82m fine.

Labourer spent three years avoiding paying tax, with an outstanding bill of £738,687, which never crossed HMRC’s radar until a fine of £517,000 was issued.

A Chinese restaurant owner underpaid taxes to the tune of £129,000 and now faces a substantial penalty of £85,500

An accountant and business investment consultant failed to comply with his tax liabilities with an £128,137 bill outstanding, augmented by a £76,500 penalty.

Bookkeeper also understated earnings over a six-year period with £67,000 of unpaid tax resulting in a £35,000 fine.

A dog breeder under-declared earnings, resulting in a tax liability of £28,500, which resulted in a fine of over £15,000 for non-compliance.

HGV driver evading millions in tax with £2.9m identified by HMRC. Unsurprisingly, a penalty of £1.7m has been issued.

Limited company which had two members of staff, was involved in ‘supply of face masks’ evaded £374,658 in tax and has been given a significant fine of £262,000 for evasion.