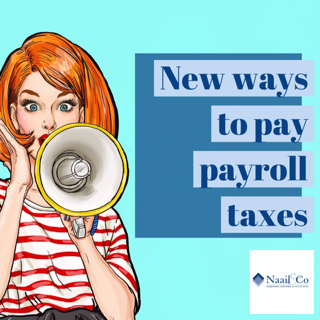 HMRC has just launched its “variable payment plan” for employers. What is it and is it something you should consider signing up for?

HMRC introduced a “Variable payment plan” for PAYE and other taxes on September 19, 2022 in response to comments on its current system. HMRC can collect variable payroll taxes via direct debit (DD) without a new instruction, thanks to this optional service for employers.

In general, all taxes, levies and other payments that you submit online to HMRC as part of your payroll process are covered. This includes NI contributions, such as Class 1A due on benefits in kind, deductions from the construction sector plan and the apprenticeship levy in addition to PAYE tax.

The DDs will reflect any liabilities for PAYE and other taxes that were included in your complete payment submissions, employer payment summaries, and previous year updates. When you submit your benefits and expenses annual declaration, your Class 1A NI responsibility, if any, will be considered (due by 6 July following the end of each tax year).

The DD will be collected each month on the 23rd, or the following day if that day is not a banking holiday. The DD will match all liabilities for the month even if you submit multiple reports during a tax month, let’s say because you have employees that are paid on a weekly basis. HMRC has pledged that the total of the taxes and other fees stated in your reports will never be exceeded by the amount it will collect.

Up to three days prior to the DD being taken, you may check the amount. You should have just enough time to cancel the DD and work out the problem with HMRC thanks to this.