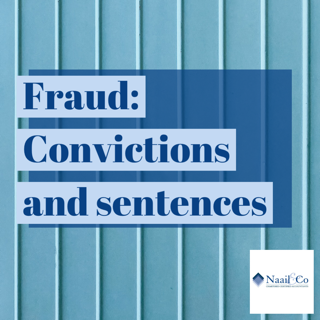 – A takeaway owner based in Knaresborough has been spared jail after admitting to a £50,000 VAT fraud, which spanned more than three years

– The Business was deregistered from VAT in 2015 after claiming that the takeaway was under the income threshold for paying the VAT.

– An investigation, aided by two delivery firms suggested that the takeaway’s turnover was way over the threshold.

– A company director overstated turnover for his 4 companies to secure £200,000 in Bounce Back loans to pay off a personal loan

– A balloon and gifts retailer has been disqualified for nine years after taking a £45,000 bounce back loan she was not entitled to

– The company entered into creditors voluntary liquidation in July 2021, which triggered an investigation by the Insolvency Service.

– The director of a roofing company has been sentenced to 100 hours of unpaid community work after failing to maintain company accounts and owing £85,000 to HMRC

– In the drive to catch bounce back loan fraudsters, bankruptcy restrictions totalling 48 years have been given to five individuals who took £198,894 in Covid-19 financial support

– In each of the five cases, the bounce back loans were either wrongfully obtained through overstating their businesses turnover, or on behalf of a company that had already ceased trading prior to the pandemic.

A Leamington Spa man banned from acting as director

– He secured a £50,000 bounce back loan for his business in June 2020 despite it having never traded