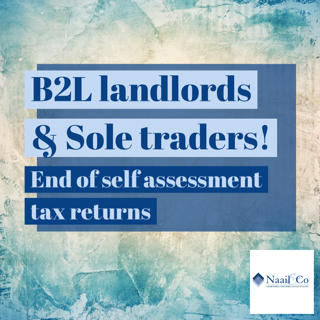 HMRC has finally published  detailed guidance on how Making Tax Digital for Income Tax (MTD) will work for buy-to-let landlords and sole traders with qualifying income over £10,000 which will see the end of self assessment tax returns

The new income tax framework for Making Tax Digital will be mandatory from 6 April 2024 and the definition of qualifying income is critical to how the system will work.

HMRC is calling on individuals, tax agents and accountants to start using the beta testing environment to feedback on their experiences and iron out any teething problems with the system. However, the trial is quite limited, and is only open to landlords with UK and overseas property income, and self-employed with a sole source of income.

It is important to note that only individuals whose accounting period aligns to the tax year from 6 April to 5 April of a given year will be able to participate in the beta trial.

However, to date only a few software providers are geared up for the extension of MTD so until HMRC authorises new providers the testing environment will be limited.

What is new Making Tax Digital for income tax (MTD)

The new system will replace self assessment tax returns for anyone who qualifies for MTD for income tax as they will have to submit all non-qualifying income through the personal tax account system instead.

The new deadline for annual updates – end of year statements – will be 31 January after the end of each tax year.

HMRC will use data from self assessment tax returns to calculate qualifying income in the first instance and will contact all affected taxpayers directly to inform them that they fall under the mandatory MTD for income tax rules.

For the first time, HMRC has provided a clear definition of what will be included in ‘qualifying income’, how to report other income and how residence and domicile affect qualifying income.

It is important to note that the qualification criteria is very specific and only includes revenue from buy-to-let rentals and self employment income, for example, but not income earned from a job and paid via PAYE.

What is qualifying income for MTD?

The HMRC guidance states that ‘qualifying income is the combined income that you get in a tax year from self-employment and property income sources. We assess this before you deduct expenses (gross income or turnover). All of your qualifying income must be reported through Making Tax Digital compatible software.

‘All other sources of income reported through self assessment, such as income from employment, dividends or savings, do not count towards your qualifying income. You will need to report income from these sources using either your Making Tax Digital compatible software (if it has the functionality) or HMRC online services account’.

Foreign income remitted to the UK by anyone registered as a non-dom and paying the remittance basis, will not contribute to qualifying income.

Equally anyone resident outside the UK and earning money would only have to include UK-based earnings in their qualifying income calculation.

Income from foreign property or foreign self employment will count towards qualifying income, if the individual is treated as UK domiciled for that tax year.

It also states that if the accounting period is longer or shorter than 12 months, and HMRC has the necessary data, it will annualise qualifying income.

For example, if you have become self employed, but you have only been trading for six months in your first tax year, then HMRC will double your income to find your qualifying income.

The guidance includes examples of how qualifying income is calculated, including treatment of disguised investment management fees or income based carried interest.

It is worth noting that income from a partnership does not count towards qualifying income, unless the individual receive disguised investment management fees or income based carried interest.

Anyone who goes self employed or starts operating as a landlord after 6 April 2023 will not be required to sign up to MTD until they have filed their first annual self assessment.

Some general partnerships will need to meet the Making Tax Digital for Income Tax requirements by 6 April 2025 but all other partnerships will have to enrol in the system later, although HMRC has not given further details.

The guidance also provides more information about the annual updates, called the end of period statement, which are required in addition to the quarterly updates. It will only be possible to submit an annual update if all quarterly submissions have been made.

Every business will require its own end of period statement, regardless of whether the owner is the same.

Before confirming the statement, it will be possible to make accounting adjustments, make tax adjustments and claim reliefs or allowances. Then it appears that the new MTD software will adjust the filed quarterly reports.

The HMRC guidance states: ‘These adjustments will amend the data that you have sent through your quarterly updates.

There is also an interesting note that states: ‘When you confirm an end of period statement, you will be declaring that the information you have provided for that business is correct and complete… you have finalised your tax position for that business, for the tax year.’

After submitting an end of period statement, individuals and their accountants will be able to see an updated estimate of the tax bill.

Check if you can sign up for MTD for Income Tax

Check when to sign up for MTD for Income Tax