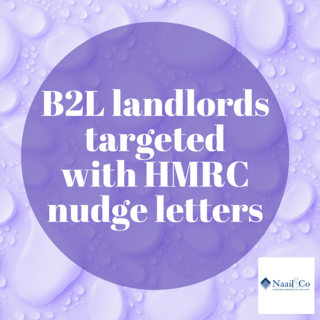 B2L landlords are being contacted by HMRC in its latest nudge campaign, which identifies people who may not be declaring their full rental income.

The campaign comes in advance of Jeremy Hunt’s first Autumn Statement and rumours of a further attack on the buy to let sector with higher rates of capital gains tax (CGT) on property disposals.

George Guilherme-Fryer, a director in the tax disputes team at Kreston Reeves, said: ‘These nudge letters are widely targeted at individuals or businesses based on information received, primarily from other governmental departments, banks or, in this case, the tenancy deposit scheme.

‘B2L landlords in England are limited to taking a five weeks’ deposit for new and renewed tenancies with rent under £50,000 a year or up to six weeks if the annual rent is £50,000 or more.

‘As most B2L landlords take the maximum deposit, it is not a difficult calculation for HMRC to calculate the expected rental income which should be included in a tax return.

How can HMRC calculate the rental income?

‘These latest nudge letters tend to include a statement saying that HMRC has received relevant information, suggesting the landlord review their tax position, and including a suspiciously simple certificate of tax position to be completed and returned.

‘These letters will not take into account vacant periods or reductions in rent and will often mean that no action is required and there is no obligation to respond or to sign the certificate of tax position.

‘But B2L landlords are advised to review their tax position if such a letter is received to identify if any disclosures are needed. If they are ignored and it is later found that tax is due, it may lead to an investigation and potentially a criminal prosecution.’